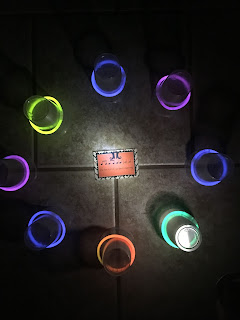 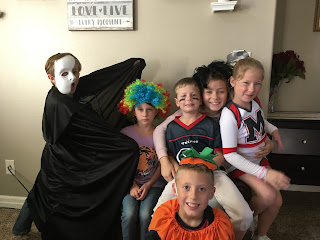 In addition to the Halloween Themed Activities  and Crazy Chord Challenge I've been doing at private lessons this month, we had a Halloween Group lesson including some Glow Stick Cup Tapping, inspired by a recent workshop I attended by Leila Viss.
BUG TRIPLETS
I first introduced the concept of triplets
using my bug beat board and some silly putty and then students watched this demo video.


ADAMS FAMILY CUP TAPPING
After practicing some "Triple T Taps,"  while listening to The Adam's Family theme song, students tapped the rhythm from the  Adam's Family Cup Tapping rhythm sheet. Then we flipped off the lights for a glow in the dark round. 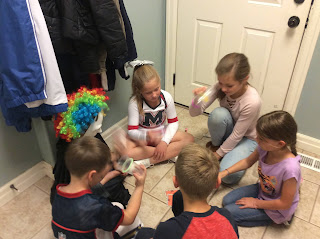 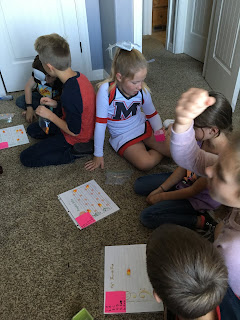 Using Susan Paradis's Kandy Keys Game Board  I created a different game for students to play in pairs to practice note naming.  They covered all the lines and spaces with candy corns and then took turn turns rolling a music alphabet die (A,B,C,D,E, F or G).  They identified on the staff and collected (or ate) the candy corn matching the letter name they rolled. 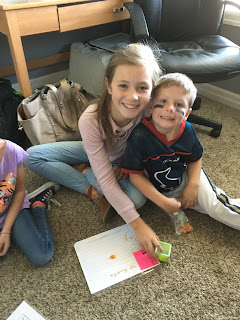 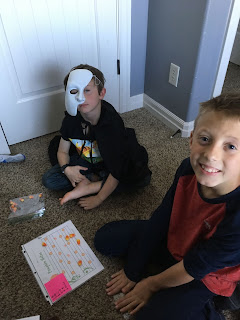 CHORD DEGREE PERFORMANCES
To determine the order of student performances I randomly gave each student one of these paint chip chord strips. We discussed the scale degree symbols at the top and then started with performance number I (one). 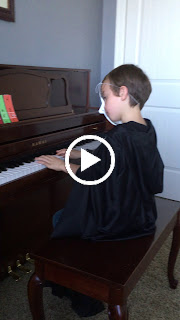 Cat Prowl from Gold Star Performance 2B is another rote piece I love to teach.  This student is just starting Level 1A but learning this more difficult piece really boosted her confidence and desire to practice. 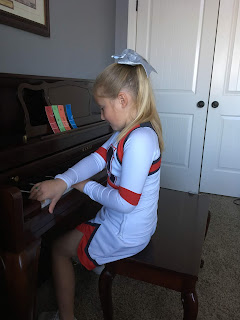 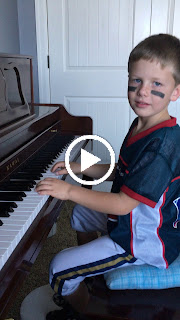