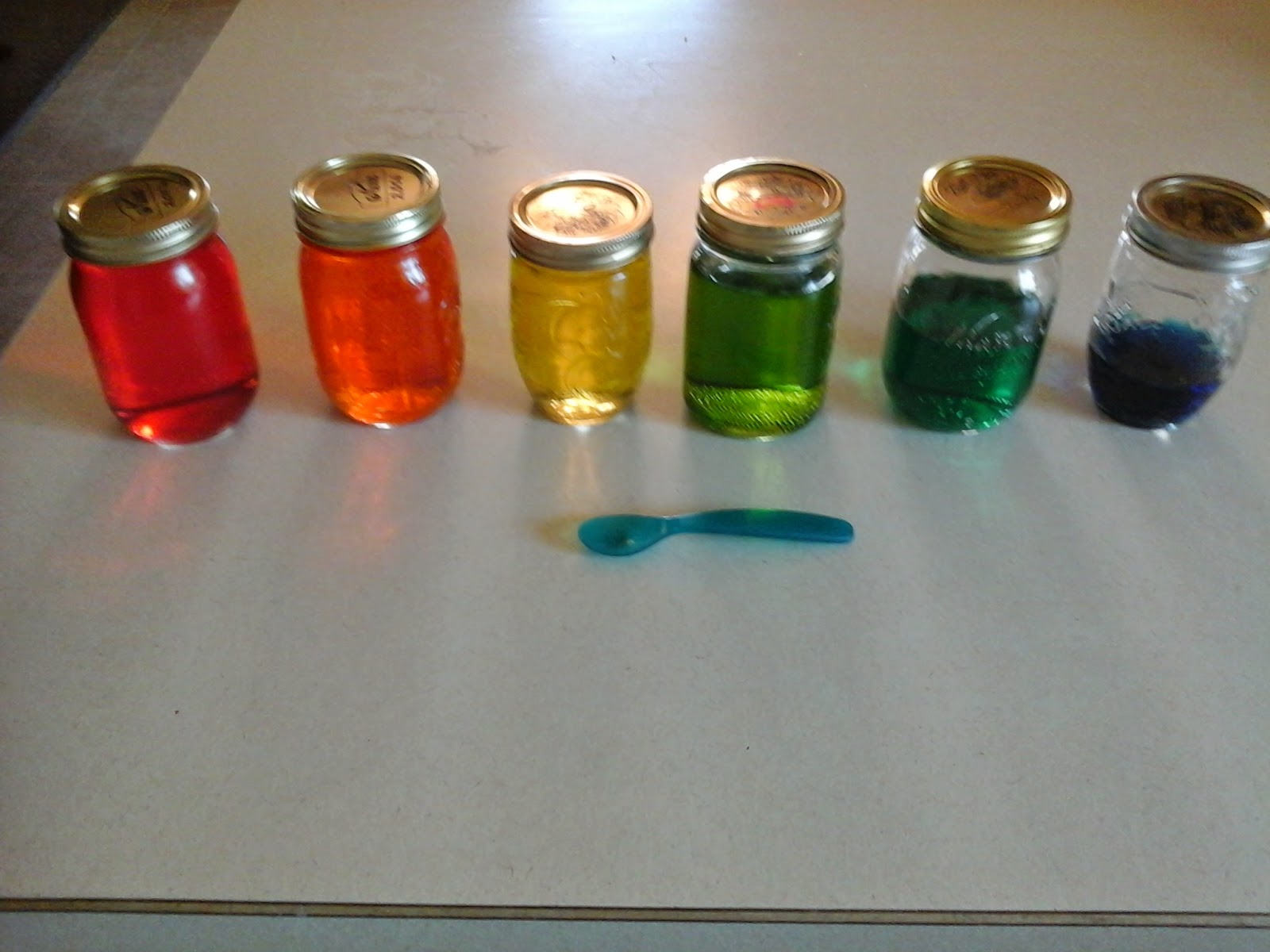 One of the biggest hits at our piano camp was the Mason Jar Melodies, a fun idea I found on pinterest.  Before camp I "tuned" the jars to match the pitches of the first six notes of a major scale by adding the perfect amount of water.

1.  Discovering Pitch - I set the jars randomly on the counter, removed the lids and had students "test" two jars  with a plastic spoon to determine which was higher or lower.  They gradually sorted all of the jars until they formed a pentascale +1.  The girls thought it was neat that I had colored them in rainbow order. 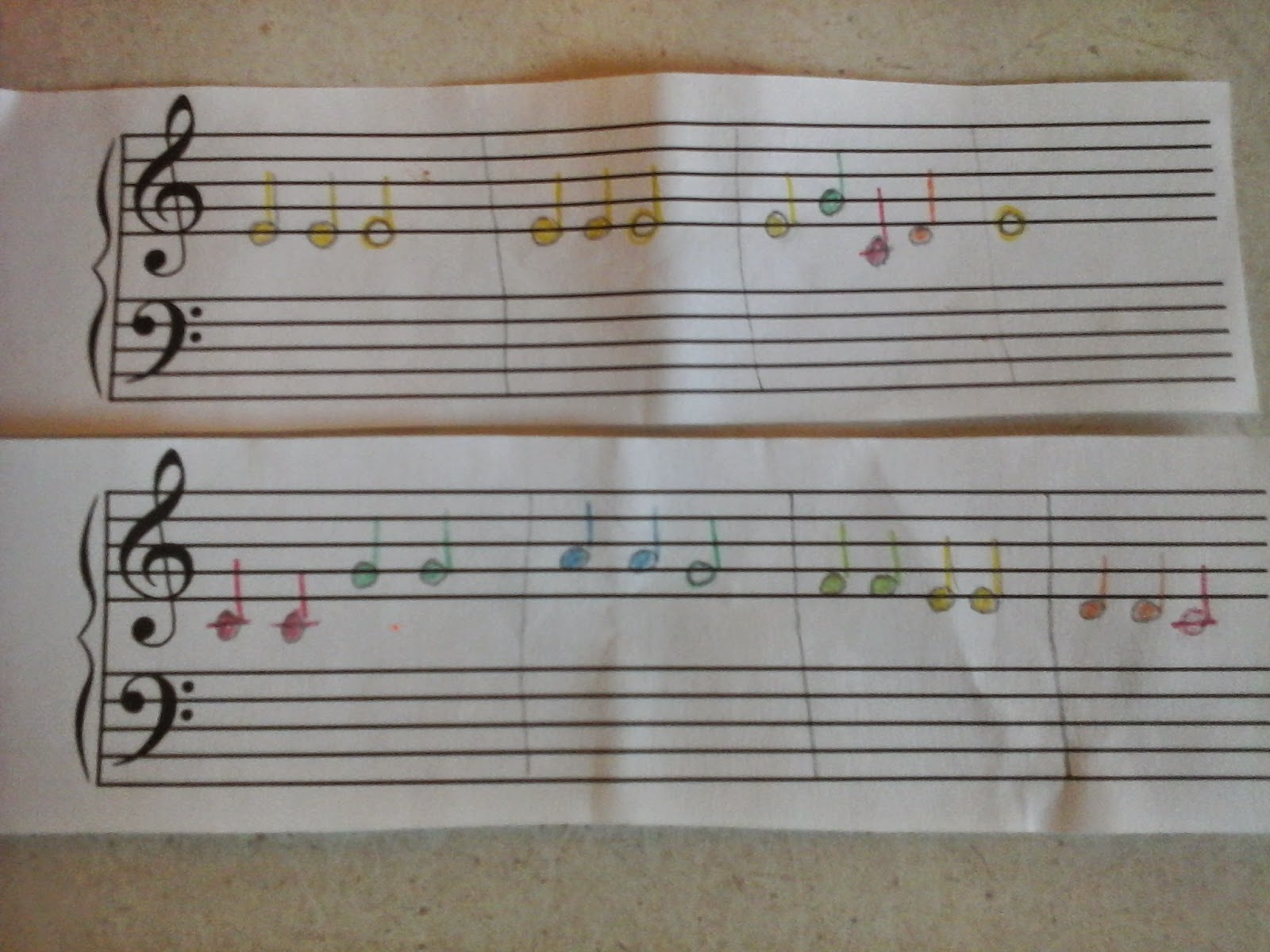 2.  Next we played a game of Name that Tune" as students took turns playing the beginning measures of familiar pieces I had written using color coded notes.  Since my campers had varying levels of experience, it was nice that even beginners had the chance to make music and apply their understanding of rhythm values we had reviewed earlier.

For some odd reason, one of the jars was dysfunctional on the day of camp, but it worked fine the day before and the day after???  But, things still worked out as some of the more experienced students just sang the tone of the "bad jar" so they could still decipher the melodies.
Posted by Heidi at 7:24 PM